We Bought E-Bikes to Reduce Our Fuel by Half

Is it possible for e-bikes to reduce your fuel consumption in half? We think so. Here’s our rundown of how we’ve found our e-bikes so far while travelling around the city and leaving the car back in the garage! 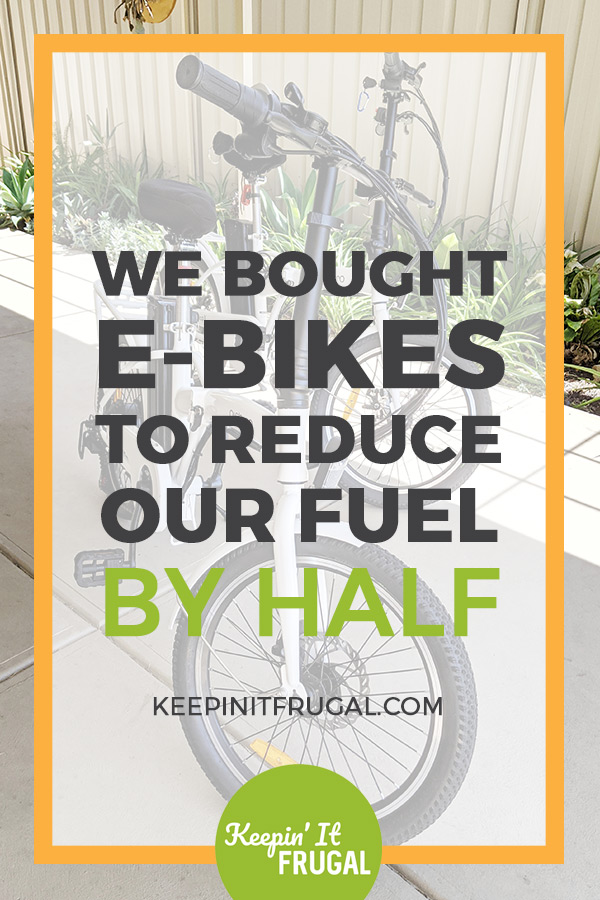 Why We Decided To Get E-bikes

This year we aim to cut our car use down by half with the use of e-bikes. We’d been considering them for a while, and after hearing just how good they were from others in the FIRE community, we did what we do best and started making some lists and calculations.

First we started by researching types of e-bikes along with brands, pricing and reviews.

We decided we were after the following specs:

We then did some calculations and worked out our car costs us approximately 10c/KM.

Similar to looking at fixed costs on a budget, we looked at fixed trips we knew we take each week (family dinners, food shopping etc) and estimated our average trips for monthly work meetings, library and post office stops. This conservatively estimated us to save a minimum of $25 a month on petrol (our current spend is around $150).

Now onto the cost of e-bikes. These vary wildly! Anywhere from $500 to multiple thousands.

We were originally looking at the Leitner SuperT bikes which were around $1200 (Dec 19) and the Velectrix Foldaway for $1800 (Dec 19). These would take us 8 and 12 years respectively for the investment to pay off based on the above calcs (the reduction of our carbon footprint would be good though!).

Then we stumbled across the Nishiro Cityhop II. These looked awesome, and usually retailed for around $1099. Then by chance, we were looking on Boxing Day and they were reduced to $700 with an additional flash sale of a further 10% discount. So we ended up with two bikes for $1269 from Mytopia.

Total estimated time for the investment to pay for itself: 4 years. That’s a lot better than 8 and 12!

We’re only three weeks in, and the results are looking a lot more positive than initially estimated. So far we’ve already done 150km on the bikes and only filled up the car once for $55. It doesn’t look like we’ll need another tank this month so January’s savings will be $95!

If it stays like this, these bikes will have paid for themselves in just 12 months! I’m sure it will be a little longer, but we’ll keep tracking along on our Instagram in the meantime.

So where have we travelled with our e-bikes so far you ask?

Every Sunday and Monday night we have dinners with our families. Laura’s parent’s place it turns out is quicker to get to on our bikes than driving because of the direct route we can take! My parents are a 15min bike ride away, which we can take a relaxing ride along the beach path to.

We usually have a couple of out of office meetings per week at a local cafe. The return trip is around 20km and takes around 25 minutes each way.

Having pedal assist means we can still achieve some sense of exercise and arrive at a meeting looking refreshed. Win, win!

We usually make the most out of these trips, and right by the cafe is the local library, post office and supermarkets.

We’ll usually take a couple of backpacks so we can take any work items and still have room for books, mail or other items that we pick up.

Lucky for us the supermarket is only a kilometre away, so we’ll either make the 10min walk or 3 min ride on the bikes depending on time and what we need to buy.

Our biggest trip so far! This was a good test for the batteries. The total round trip distance was 27km (they have a range of up to 40km). The batteries held up, and we’re still on 1/4 power by the time we returned home.

What was amazing about this trip is we were the only cyclists at the market, everyone else had driven and we stuck out apparently! We had around 4 or 5 people come up to us to talk about the bikes or cycling in general. Most were very surprised at the modest cost to purchase the bikes and wanted all the details on where they could get one. We hope to have inspired a few and may well see another bike or two on our next visit! 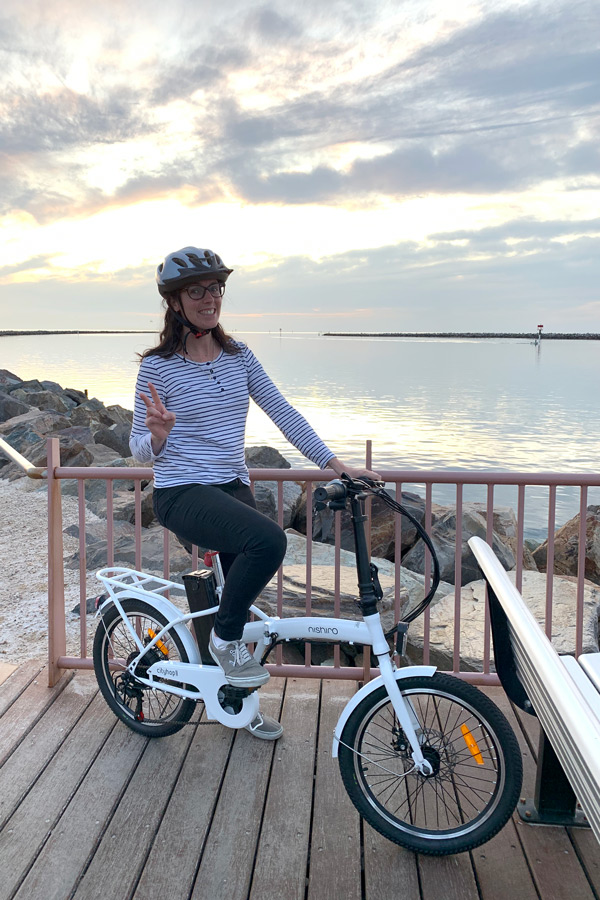 What we’ve learnt so far

How long will e-bike battery last?

The average e-bike battery lasts around 40km. Although, you can get upgraded batteries to last longer. One tip we recommend is turning the bike on only once you’re up to speed so it’s not working as hard and can help get you a little further on one charge if you need. Plus you get a few extra calories burned – win, win!

Can e-bikes go up hills?

Oh yeah baby! Okay, so technically the instructions said not for inclines – I think this is because it probably chews the battery, however, we’ve found the bikes to be brilliant getting over some bridges in our area and inclines on the path/road. Hills are no longer a concern – and I hated riding up hills on a regular bike. I’d usually hop off and walk it instead.

Can an e-bike replace a car?

I think this really depends where you live. In our case, I think our e-bikes can replace maybe 75% of our car usage. We’re lucky that most of our everyday places are within walking or riding distance from our home, however we still need a car for travelling, taking friends around, transporting our paddleboards etc. All in all, replacing as much usage as we have is fairly high. Do a calculation of how many frequent locations are within cycling distance, and see if you could drastically reduce your car use with e-bikes instead.

Where to your charge e-bike?

Regular powerpoints! We’ve got powerpoints in the shed where we charge up our bikes. What’s great is the batteries easily slide out so you can take them into work, a cafe or even the library and plug them in while you work or study.

What are the rules for riding a e-bike?

They’re very similar to bicycle rules here in SA. Here’s the e-bike rules for South Australia – check your home city to see what applies to your area.

Do you have an e-bike? What has been your favourite part about owning it?

Looking at getting an e-bike? Shoot through any questions you have and we’ll do our best to answer or point you in the right direction!

Hi there, we’re Sarah & Laura. We love sharing our journey and everything we’ve learned about setting financial goals and putting in place meaningful plans for our future. 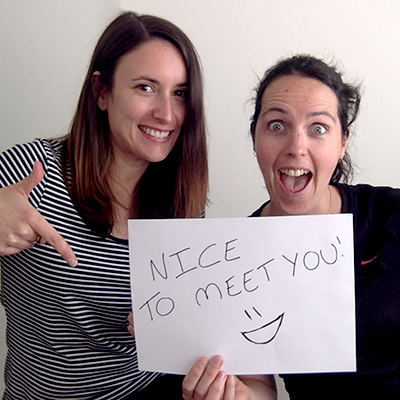 Hi there, we’re Sarah & Laura. We love sharing our journey and everything we’ve learned about setting financial goals and putting in place meaningful plans for our future. 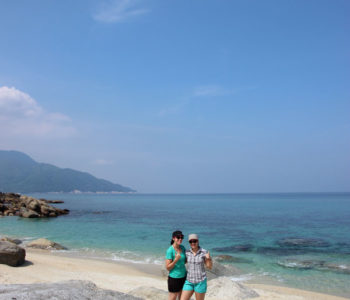 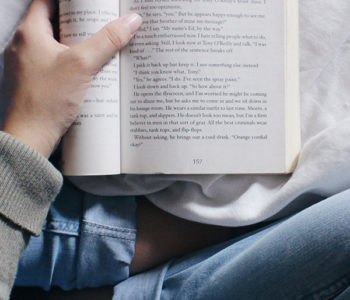